IMO Award for Exceptional Bravery at Sea - Certificate of Commendation for the professionalism and determination shown during the evacuation of passengers and crew of the cruise ship "Viking Sky" and the cargo ship "Hagland Captain".

IMO Award for Exceptional Bravery at Sea - Certificate of Commendation signed by Secretary General of IMO Kitack Lim for the professionalism and determination shown during the evacuation of passengers and crew of the cruise ship Viking Sky and the cargo ship Hagland Captain was assigned to Pilot in Command, Rune Amundsen and Rescueman Alvin Fyhn on behalf of all crew in the six helicopters involved from 330 Squadron of Royal Norwegian Air Force and CHC Helicopter Service by the Chair of ITF Maritime Safety Committee.
Due to all IMO meetings are postponed the small ceremony took place in the SAR base in Bergen 22 of January.

In fact, it was many professional workers which ensured that no lives were lost those stormy days in Hustavika Norway, including the officers and crews on board the ships. Search And Rescue personnel is recognized by seafarers as a part of the manning of ship’s, - and this the world's largest lift evacuation operation from 2 ships at the same time - should be a clear proof that safety must be managed by professionals teams - also in the future. ITF will continue such support, also in connection with necessary preventive measures - who can safe life at sea.

The recipients emphasized the necessary interaction between shore, sea and air and ended their speech of thanks with a message of common safety goals;
To all you seafarers, we can promise you that when you are in distress, we will always do our very best to assist or rescue you. But we do hope your ship always are safe, and we can remain in standby at base. 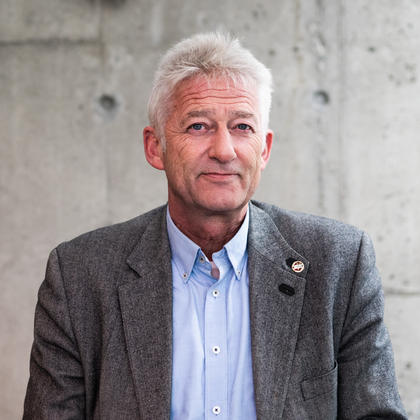